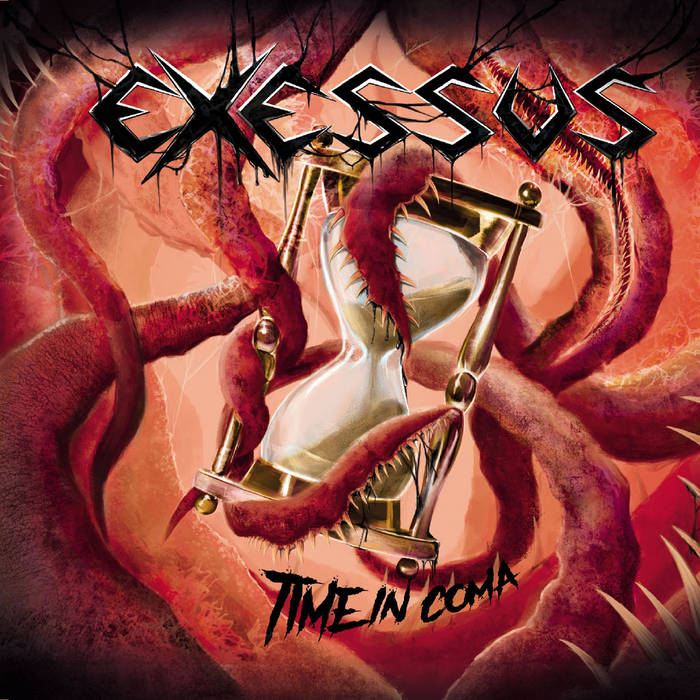 EBM records presents the 48th offering of the "Thrash is Back" Series.

Coming from Barcelona, Spain; EXESSUS debut album can be described as an epic Thrash Metal anthem!!. Exessus hasn't had a proper debut release until now, but they've garnered a name for themselves. “Time in Coma” is completely untouched 80's Thrash, much like a time capsule. It's powerful, fresh, technically elaborated and full of insane riffs. It's heavy as much as it can be but at the same time it shows an incredible sense of melody.

Boasting ten tracks in fifty-nine minutes, ‘Time in Coma' harks back to the days when bands such as Metallica would surprise themselves at their own ferocious velocity. A short intro, ‘Leaving the darkness' serves as a call to arms, before Exessus unleash hell with the churning maelstrom of ‘Genocide'. Make no mistake, this is pure, denim-clad Thrash Metal delivered with fire and fury by a band who care not a jot for fads and fashions. Emerging from a phased guitar intro, ‘Rage for truth' has the sort of adrenalin-surge riff that made Metallica‘s "Master of Puppets" one of the greatest thrash albums ever recorded. "Time un Coma" is a gloriously fast-paced, full-blooded thrash assault that is pretty much a perfect thrash formula delivered over the course of fifty-nine breath-taking minutes.

Overall, this album is a tour de force of the thrash world, and a first-rate masterpiece by a band of first-class musicians!!.

Bandcamp Daily  your guide to the world of Bandcamp

Featuring appearances from Kari Faux, Bluestaeb and and interview with NY-bred artist Wiki